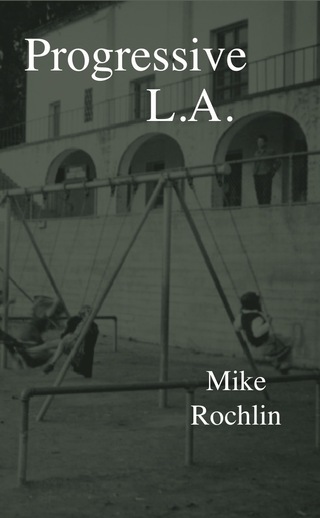 When the hard fought gains of the Progressive Era began to take shape in the form of parks, lakes and community centers, union-hating National right-wing industrialists (aided and abetted by Southern California’s own crop of cronies) buckled down (and up). With capital and conniving they stumbled onto a winning attack. Agriculture and trolleys would come out, “freeways” and mass media would go in. The result: a disjointed, destructive urban structure that sabotaged some of the US’s best urban planning—ours.

An important key to understanding the environmental crisis we currently face is a revised history of Los Angeles expansion.

In the early Twentieth century, a small group of California reformers were briefly able to consolidate political power. Educated, cosmopolitan, in some cases, well-traveled, their ambitious efforts were in sync with the popular design movements of City Beautiful, Beaux Arts and American Arts and Crafts (which had its epicenter in Southern California). The result was a clarity in planning and architecture that was the basis for many of the region’s best and most enduring enclaves.

The 2010-2013 temporary closure of Echo Lake focused attention onto a heavily used park in a historic inner-city district. A politically “popular” (controversial) project, the community, following its activist tradition, briefly became involved in the scrutiny of the Bureau of Engineering’s plan. That scrutiny included a revision of the area’s commonly held history. Echo Park’s current popularity reflects the durability of its late Nineteenth and early Twentieth Century design. At the same time, the district may also serve as a prime example of the dubious nature of Post-War urban planning.

Then, disaster struck. A block from the park, “mining cronies” Charles Canfield and Edward L. Doheny purchased a triangular city lot for $400. There amid the low hills, dirt roads, shrubs, wood houses, cesspools, teamsters and trash incinerators, the two pick and shovel partners dug a four-by-six shaft. At seven feet, they hit an oil seep, and at 155, “fashioned a crude drill from a sixty-foot eucalyptus” continuing to bore...” until “gas burst out of the hole and oil bubbled up...”

Soon, the residential district atop the “Los Angeles City Oil Field” was overrun with tanks, traps and pumping plants. On the site of the indoor swimming pool, there were twenty-two. Where now stands Courtland City Lights (a pinkish apartment complex), there were forty. Between Figueroa, First, Union and Temple, by 1897, there were over 500 producing wells, wildcat prospectors, promoters and drillers trampling gardens flooding lawns and fouling the ground with sticky crude. Chugging, wheezing, spurting rigs splattered the surrounding with black stains.

Across the street, patient passengers fill the Orange Line Express down Chandler Boulevard. If the bike rack is full, cyclists may opt to exchange imposing onboard infomercials for the native plant bike path.

Pedaling past North Hollywood Park and High School, the path traverses, flood control channels, overpasses, blocks of themed apartment complexes and scattered businesses. At Laurel Canyon, the carwash, pizza parlor and convenience store stand out from the asphalt intersection. Then after Whitsett, the chains give way to regularly-spaced cedars shading expensive homes.

They are Deodar Cedars, and though they now blend in with busway landscaping, there remains about them something out-of-place. On average, their crowns reach over fifty-feet and their dark green leads droop against the light blue sky. Slender branches brush neighboring trees leaving a seasonal carpet of needles, cones and flowers. Trunks are a yard wide while roots extend down to the vast Valley aquifer.

The size and maturity of these trees indicate a pre-suburban San Fernando Valley, yet they are not a windbreak nor were they planted (the Valley having led the nation in farming well into the 1950s) for any agricultural purpose.

Their rhythmic spacing suggests Progressive Era planning, but these trees were never part of any park or civic space, neither were they ever oriented to any bench, sculpture, fountain or monument.

No, they are merely roadside trees, like any Carrotwood, Laurel or Ash found on streets from Applegate to Zelzah. Equally confounding is that though they are unusual, they are not unique. A similar stretch runs along Sherman Way less than two miles north on the west side of Van Nuys Boulevard.

On both stretches, especially during winter rush hour, when night falls early and rain fills the gutters, streetlamps illuminate the sky, turning the canopy an eerie gray. Below, vehicles rush by barely slowing for residents nervously pulling into driveways, the relentless traffic producing a monotonous sound.

Ancient L.A.
Indigenous roots of Los Angeles’ layout, center, commercial corridors and the buildings that line them.
Progressive L.A.
L.A.’s planning achievement, its sabotage, how it was done, who did it and why.
Echo Park Rhythm Section Series

Although paved over, L.A.’s spirit remains. Visions rise from the asphalt guiding vegetarian musicians like Marc, an Angelino Heights rare bookseller who rides a bike and packs gourmet lunches for his over-worked wife. What happens when he lands a holiday gig at downtown’s most exclusive (meat-eating) haunt?